close   x
Thank you!
We will try to reply to your query as soon as possible.
Something went wrong while submitting the form. Please repeat. 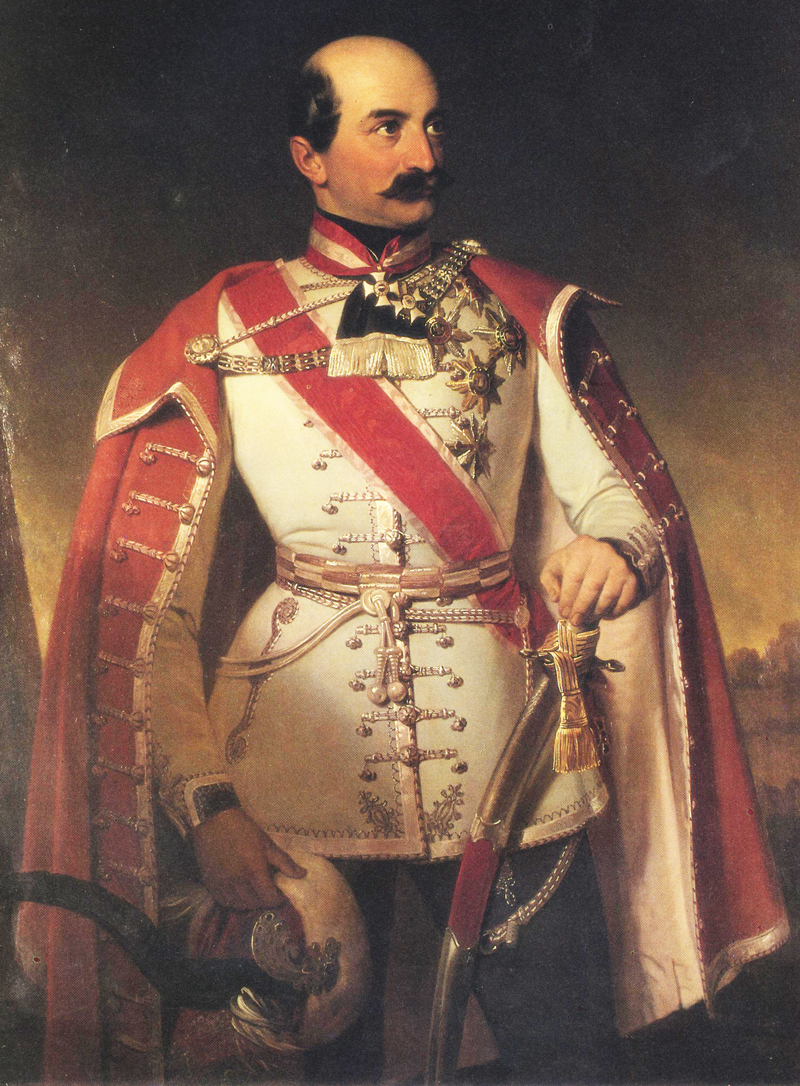 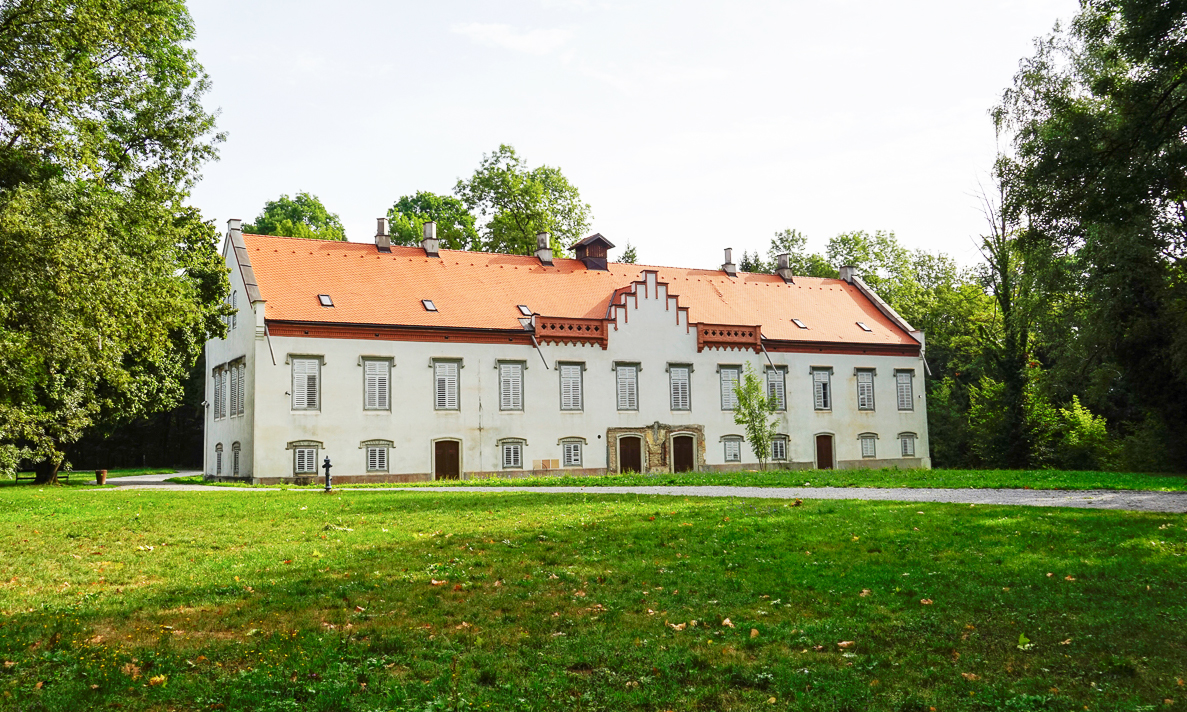 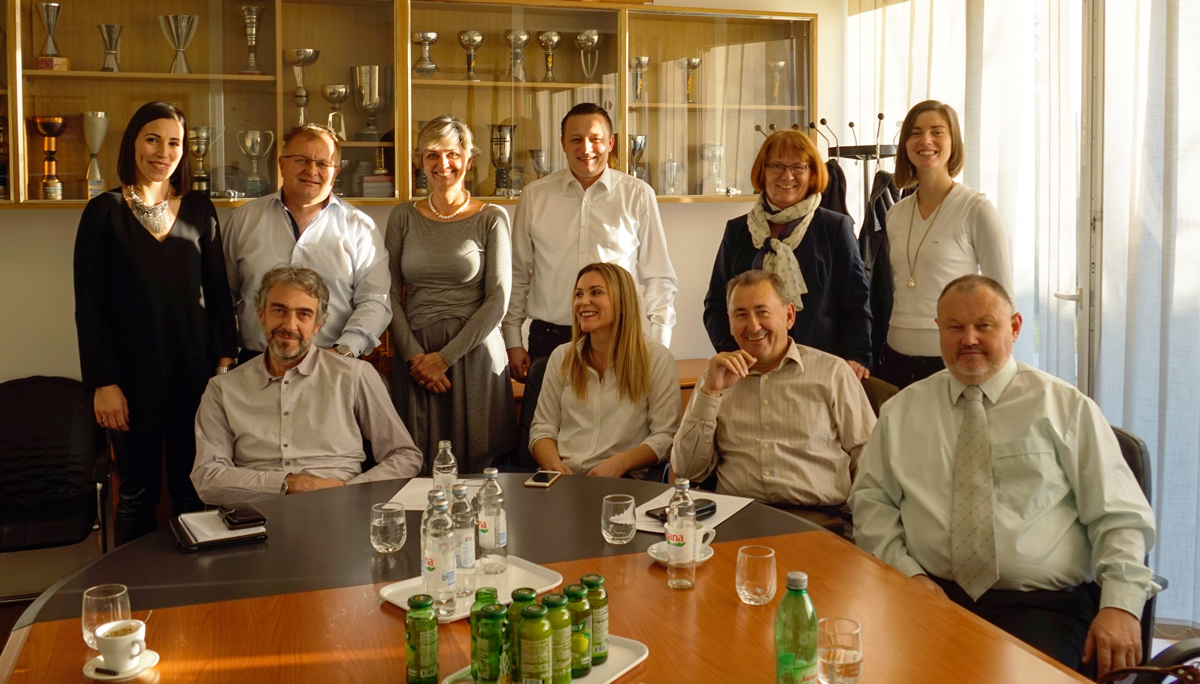 The Skill of Interpreting Heritage: The New Look of Novi Dvori, Zaprešić

The bans need Muses too!

This is the story of Ban Josip Jelačić and the project which will not only give his residence at Novi Dvori in Zaprešić a new lookbut also make it an important bastion of heritage and a place to preserve the civilizational values of modern Europe.

What is a man without Muses?

In this context it is not only artists who need the help of mythical goddesses, in their society equally well felt are both scientists and inventors, as well as politicians, military leaders, statesmen... How? You will find out on these pages dedicated to powerful, exceptional, inspirational and extraordinary male personalities, who have collectively with their work become an integral part of heritage.

Nikola Tesla, Ivan Meštrović, Ban Josip Jelačić became important symbols during their lifetimes, and today in the modern age they are becoming part of the projects which deal with the interpretation of their works, the achievements and significance of these personal stories, acting on the strong bond with the local, national and European identity.

Almost as equally complicated as the numerous military, political, personal challenges that Ban Jelačić faced during his life, we too encountered a multitude of issues and frequently confronting needs and wishes in creating the plan of the creation of the complex of Novi Dvori.

The building where Ban Jelačić resided with his family is a unique example of culturalheritage of enormous potential for the creation of a new exceptional tourist attraction in the direct vicinity of Zagreb. The Town of Zaprešić has recognised Novi Dvori as an ideal space which with its position and historical significance offers an extraordinary opportunity for Zaprešić to build upon its identity based on the spirit of the place. Likewise, they recognised us as collaborators and entrusted us with the task of making an Administration Plan of the Novi Dvori Complex study, which was followed by the making of a Master Interpretation Plan of the Novi Dvori Complex and a Preliminary-conceptual Design of a Permanent Exhibition in the Mansion.

However, in the answer to the question of how to do it – there was no lack of challenges for ‘The New Look of Novi Dvori’ (the full name of the project).

In the initial deliberation in this story we began – in reverse, paying attention to that last moment, when all the phases of the project documentation have been finished, when everything planned is realised and when the first visitors come through the door at the official opening. We asked ourselves how would the Novi Dvori exist or more precisely how to administer Novi Dvori when everything was finished?

This switch is not at all coincidental. In fact, our previous experiences have given us numerous examples making this a key and decisive question.

Due to the lack of expert staff, the insufficient focus and preparedness for the necessary additional education for culture and tourism workers, and due to the general poor state in the country where to the question “how will we do it?” the most frequent answer is offered by the syntagma “somehow we will” and then an ideally conceived and realised project falls into difficulty.

The Baltazar University, which itself is located in Zaprešić and where there is a Cultural Management Study Programme, came forward as a solution. One of the visions of the ‘New Look of Novi Dvori’ project is that this course with its professors and students will be a user of the space in the Novi Dvori. Through a study programme and practical training plus various student projects,they will participate in the creation of the programmes and take care of their sustainability, profitability and innovation. With this new form of collaboration,the Novi Dvori would have the opportunity to form a Centre for Heritage Education and serve as an example of good practice in the sense of a private-public partnership, networking with local stakeholders and of the organisation and implementation of programmes of benefit for the local and professional community.

The connecting of the past and present

The second challenge was just as demanding, yet it was partly intertwined with the previous.It concerned the sustainability of Novi Dvori. It should be borne in mind that this is a complex space, it consists of a spacious plot of 370,000 m2 with the forested park of Hrastovac and gardens plus 15 structures with a total surface area of 12,550 m2.

The mentioned complex, as well as eight structures,has been registered as immovable cultural goods in the Register of the Cultural Goods of the Republic of Croatia. This means that in the planning and realisation of the project the conservation guidelines should be respected, and with the restoration and assignment of a new purpose to individual structures to respect the spirit of the place and the value of the heritage of the buildings.

On the one hand, the respect of history, and on the other its connection with the present, meaning that the newly-conceived functions of the buildings and new programme activities must ensure the sustainability of the whole complex:the financial, institutional, environmental…

The financial should procure incomes for the operational expenses and expenses of maintenance. Institutionally it is necessary to ensure support and collaboration with partners and the local population plus networking in order that they reinforce the project and ensure positive results. Environmental sustainability is focused upon the protection of nature, on the maintenance and landscaping of green areas, and the innovative designs of the environment’s architecture which uses natural and biodegradable materials.In the end, the implementation of the project must deliver positive changes on the local, regional and national level.All of this should serve in the promotion of public and other policies in order that ultimately the project has justified the funds from the European Union.

The sabre and the citoyen

No end to the challenges. The following is linked to the collection of items of Josip Jelačić. This collection is stored in the History Museum in Zagreb and is not available for the use at the permanent exhibition in the mansion.An interpretive plan offers a solution to that.With new technologies, media and interpretation tools the lack of a collection is not an insurmountable problem.

The items (including the ban's sabres, books and portraits) only speak when they are placed in the right way in context, so we have orientated the planning of the permanent display on key universal values such as the themes of human rights and freedom, apart from the ban, his family and life in Novi Dvori.These are the values which began to gain strength at the time of the rule of Ban Josip Jelačić, it was the start of the civil and democratic society, and one of the key decisions was the abolition of serfdom. The story of the development of the modern society belongs to the messages which we transmit to visitors.Without these values the present is unimaginable, and their beginning is linked to the Europe of the mid-19thcentury.

These were the years of milestones.Some of the major European cities – Paris, Vienna, Venice, Berlin, Budapest – in this period were boiling from unrest and revolution whose protagonists belonged to all social classes.They were citizens, powerful craftsmen, merchants, unemployed workers, peasants and even nobles, and their demands depended on an affiliation to an individual group.On European streets of the time were heard socialist, anti-capitalist and anti-feudal ideas (political, social and economic changes were demanded).Reverberations of revolution spread throughout European cities and in colonial countries, and so the first revolutions against slavery, racism etc. occurred.

The idea of civil rights was the legacy of EuropeanEnlightenment and Liberalism. From the 17thcenturyit became part of the political programmes of liberal citizenship.The French Declaration of the Rights of Man and of the Citizen (1789) features a list of the classic rights of the citizen (droitsdu citoyen): the right to the participation in the making of laws, equality before the law, equal access to public services, religious freedom, thought and speech, protection of a person from unlawful arrest…

The civil revolutions of that time didn’t at all bypass Croatia which at that time was under the rule of the Habsburg Monarchy on whose territories the revolutionary movements took hold, along with the northern Italian regions, Austria, Hungary, the Czech Republic, Slovakia, Transylvania, and Croatia.With the demands for social changes and the liberalisation of society, the powerful national aspirations of individual peoples, such as the Czechs, Hungarians, Croats, the Serbs in Vojvodina and others, were their basic characteristic in these countries.

How did Josip Jelačić find himself in these troubles?Under what circumstances did he pass from an officer to a colonel?What was the background of his nomination for Croatian ban in 1848?How is his role in the revolutionary events of that year interpreted today?What did his human existence look like after these great historical coulisses?His loves and illnesses, spare time and toils, joys and grieving?

A visitor to the “new” Novi Dvori in Zaprešić will find detailed and unequivocal answers to these questions. It is somewhat simpler to answer how did the ban come to Zaprešić in general?

As did he not have his own property, and this was one condition to be a ban within the Austrian monarchy, he received 400,000 forints from Emperor Franz Joseph to secure himself a home. After searching for the ideal place, the ban came across a commercial estate not far from Zagreb, with a small manor from the 17th century – Curia Nova. He immediately had a vision for it:to extend the manor and turn it into a magnificent mansionand to make a romantic garden around it.He bought the estate from Count Erdődy and set to work.

However, the story of the ban and his mansions does not stop at these historical points: Novi Dvori areliving their new life, this time on the grand map of European interpretational centres. Our team put Novi Dvori on there at the beginning of this year at the Interpret Europe Conference, held in Köszeg in Hungary.

The theme of the conference was Heritage and Identity, and our idea was to show the shaping of the identity of the town of Zaprešić around Novi Dvori and the person who left the greatest mark there - Ban Josip Jelačić.

The stay in Hungary was the opportunity for us to discuss the notion of identity, for example of Ban Josip Jelačić, with fellow interpreters and colleagues.Amongst other things, we tried to show how the interpretation of history influences the shaping of the collective consciousness and how various methods of interpretation can lead to the perception of a single personality through two extremes – the positive personality, the hero and great person and the negative personality, the executioner and coward, which were some of the qualifications by which Ban Jelačić was assessed. Whilst the Battle of Pákozd was celebrated as a victory by the Hungarians, as the day when Ban Josip Jelačić cowardly fled, for the Croats, this battle ended unresolved and the ban turned towards Viennawhere he helped in the break-up of the Vienna Uprising.

The skill of good interpretation is to point out the various evaluations and not to lose the living man and his inseparable link with the spirit of the time in which he lived and the land from where he came.

Branka Barilović, Tourist Board of the Town of Zaprešić, director

Do you love your homeland? Are you proud of your town? Do you want what you feel to transform into story about identity and share it with others? Send us your thoughts, your questions and suggestions and we will help you so that with our combined forces we form a unique fragment for a mosaic of the heritage of Croatia!